Ganesha kahan hai? (where is Ganesha?) – when I first used this Hindi phrase while trying to get my 19 month old interested in reading through pictures (illustrations on the cover of Ganesha comic books) little did I know that this will become his favourite phrase to speak for months together.

Putting his fingers in the holes of fruits in the Hungry Caterpillar did not excite him as much as hunting for his two Ganesha comic books day after day, night after night repeating the phrase Ganesha kahan hai. While the inherent connection between early grade reading and language development is obvious to all, how language can trigger interest in reading became apparent to me only in this instance.

In the Ganesha books however, it was the character of Shiva that caught his eye as the moon on his head is an object he sees and admires in the sky almost every other night. To make the reading experience more fun, I started encouraging him to hunt for and point out Shiva, found in various scenes at almost every other page of the book in different profiles and sizes. Yeh bhi Shiva (this is Shiva), woh bhi Shiva (that is Shiva), two two Shiva he would very excitedly point out to different versions of the character on the same page as we would browse from page 1 to 39.

While the game was a visual delight, I was not too happy with the gender bias. Going by the same logic of visual recognition I started pointing at Parvati standing next to Shiva with flowers on her head bun. It appeared that he never paid attention as he was too much in love with Shiva, until one fine day when he suddenly pointed to her and said her name. And then a new hunting game began – for Parvati along with Shiva – which deep inside I felt much happier playing along.

The excitement lasted only for a week and there was a need to discover some new object of devotion as the love for the book was still alive. This time around though it was not any character, but the moustache of Ravana that caught his eye and mine. Does papa have a moustache? Does Sohum bhaiya have a moustache?  No. Does Amay have a moustache? Yes, but only when he eats his yogurt. The last one in the series was Narad Muni because of the unique placement of the flower in his ear but by now the hunting game was not fun anymore.

Ganesha, Shiva, Parvati, Ravana, Narad Muni – although playing the Ganesha game day in and day out was not easy, my son had learnt some interesting Hindi words. With the exception of a tattered book, the experience felt totally worthwhile in the end as the help at home also played along. – Ekta Ohri 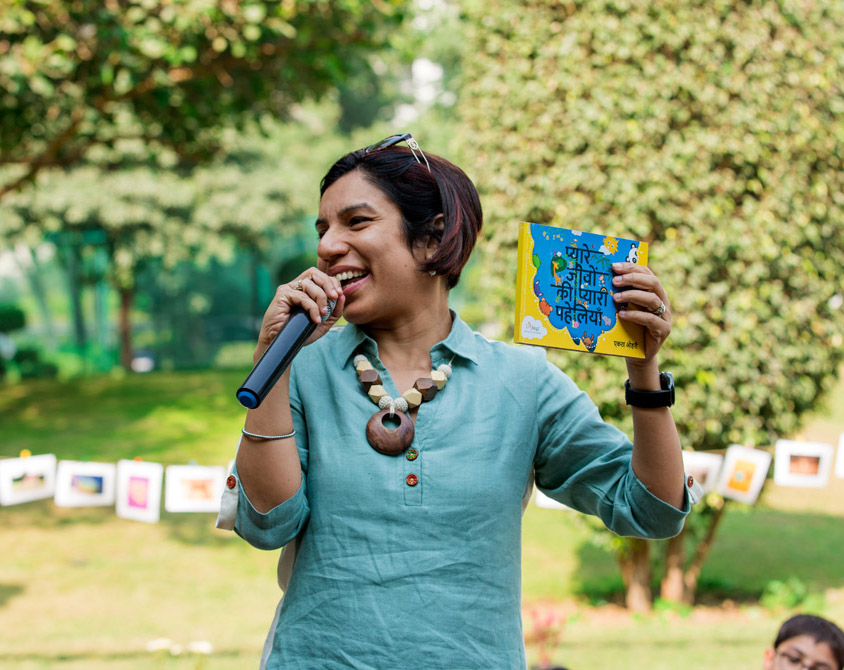 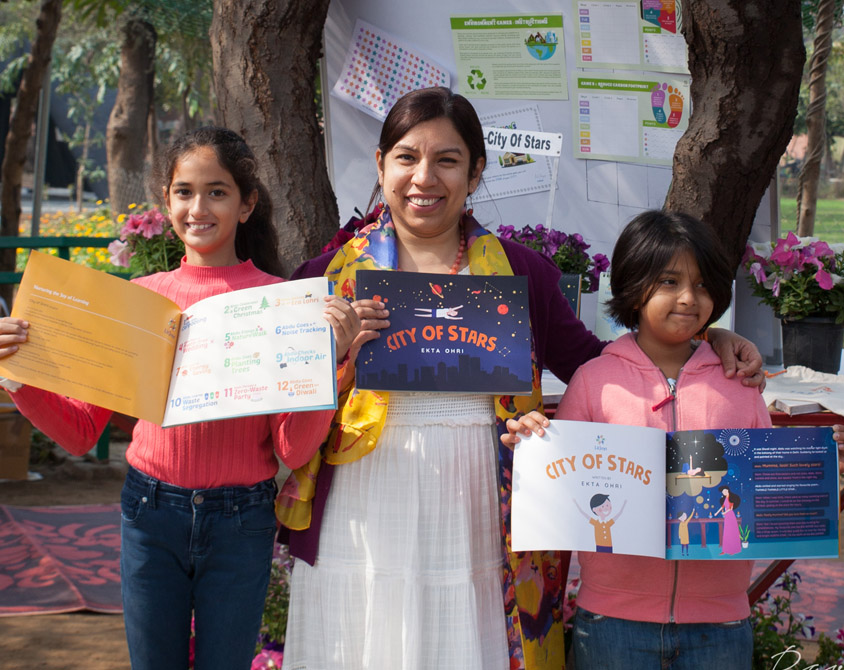